Verb. To feel embarrassed or ashamed. Always used reflexively, e.g. Ich genier mich (I’m embarrassed). Orig. from the French gêner (to bother or disturb); so roughly speaking, you’re bothering yourself – a fitting description for the flushed faces and discomfort that go hand-in-hand with the feeling. In use since the 18th century, it’s unsurprising that humiliation is, as it were, a French thing in Vienna – it was the language of the court and among the upper classes, public embarrassment was akin to social suicide. As in all Catholic countries, in Austria, shame is of course an effective social engineering tool, so expressions like Der hot ka Genierer (He has no shame) are used appreciatively nearly as often as they are disparagingly, voicing admiration for someone rising above the petty bourgeois sensibilities of their neighbors. On the other hand , it could be emphasizing that someone is an inconsiderate boor. As always, context is key!

The Black Voices of Vienna 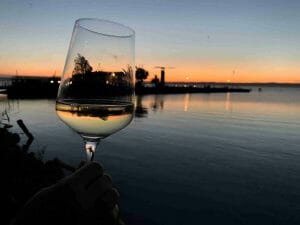 What to do on Austrian National Day