Noun. A hayseed, hick or country bumpkin; an unrefined, cretinous hick from the sticks that only speaks their regional dialect. Like most countries (notably the UK), Austria has a pronounced rural-urban divide, with “sophisticated” Viennese often looking down at their country cousins, mocking their lack of manners and associating Mundart (spoken dialect) with dimwittedness.

The origins of Gscherter go back a long way: Literally meaning “sheared,” it stems from the ancient Germanic practice of cutting the hair of serfs, indentured servants, prisoners and slaves; only free men – generally aristocrats or city dwellers – were permitted to grow out their hair. Hence, a Gscherter was a peasant uninitiated in the ways of proper society, his short hair sticking out like a sore thumb for all to see.

In an interesting twist, Austrians living outside the capital have retaliated, repurposing Gscherter as a derisive term for the Viennese – particularly the vulgar, boorish working-class stereotype memorably embodied by the character Mundl (played by Karl Merkatz) from the seminal Austrian TV comedy Ein Echter Wiener Geht Nicht Unter. So do be careful – Gscherter means different things to different people in different places, and incorrect use can easily result in a fat lip. And near indisputable proof that you yourself deserve the title. 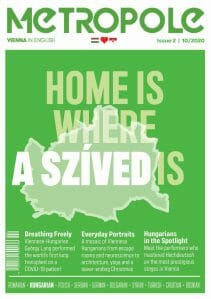