Expression. Lit. Österreichische lösung means “Austrian solution;” A half-baked, often absurd compromise designed to appease all parties but that ends up either exasperating everyone, kicking the problem down the road for someone else to worry about, or both.

A favorite expression among the Austrian media, it is usually used to describe the antics of government authorities, who have made fortwursteln (bungling on) their unofficial doctrine for centuries. To be fair, “common sense” solutions are highly elusive in Austria, thanks to successive coalition governments pairing diametrically opposed parties (like conservatives and greens) and Sozialpartner stakeholders with conflicting interests, like the Wirtschaftskammer (chamber of commerce) and Arbeiterkammer (chamber of labor); back during the monarchy, there were also the national aspirations of the empire’s many constituent peoples to consider – it was often impossible to please the Hungarians without antagonizing the Bohemians, for instance.

As a result, government policy is often seen as incoherent at best and Kafkaesque at worst – yet somehow, everything (sort of) works, thereby making fortwursteln surprisingly effective. It’s why Austria was able (for a time) to simultaneously implement EU smoking bans while still allowing smoking in most bars, or why skiing remained permitted even during a pandemic-induced 24h curfew.

While some may see the Österreichische lösung as the pinnacle of bureaucratic cretinism and incompetence, it can also be perceived as proof positive that nothing is impossible here and Austria is, in fact, highly innovative – just not in any way that would be considered useful. 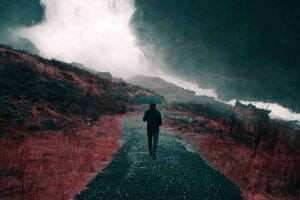 Word of the Week: fremdschämen [ˈfʁɛmtˌʃeːmən]