Verb. Sudern means to complain, bitch, moan, or grumble. And someone who frequently engages in such pessimistic ramblings is called a Suderant. Origin most likely from sieden (to simmer), the implication being that instead of an outburst, anger simmers steadily beneath the surface, never boiling over.

As Austrians are generally hesitant to protest, take to the streets or seek confrontation, sudern is a vital outlet for collective displeasure, with the city’s Beiseln (bistros), Heurigen (wine taverns), Kaffeehäuser (coffeehouses) and Würstelstände (sausage stands) rife with groups sitting around their Stammtisch (regular table) engaged in spirited griping or solitary drinkers muttering darkly into their beers. Either way, usually very little comes of it.

Some surmise this is the result of centuries under an authoritarian monarchy where public displays of discontent were persecuted, which, along with a general cultural aversion toward “making a scene,” conditioned citizens to engage in passive-aggressive complaining rather than activism.

This has resulted in Austrians elevating sudern to an art form – for starters, there are multiple synonyms, like raunzen and granteln. It is also a frequent vehicle for the much-touted Wiener Schmäh, the often-dark but hilarious witticisms locals use to get through the petty tortures of daily life.

Some of the city’s most beloved cultural luminaries made their careers with ingenious griping: Thomas Bernhard wrote entire books blasting postwar Austrian society and was widely celebrated for it; while every single Viennese Kabarettist (comedian) dedicates at least some (often all) of their set to Suderei.

A famous example is the Travnicek Dialoge, a series of skits performed by comedy legends Helmut Qualtinger and Gerhard Bronner featuring the titular Travnicek as a grumpy Wiener who can find fault with literally anything. So if the coronavirus, politics or your job or partner are getting you down, don’t put on a brave face and try to stay positive – simply engage in a bit of cathartic sudern within the privacy of your home or your favorite Stammtisch! As many Viennese (only half-jokingly) insist, it is the national pastime. 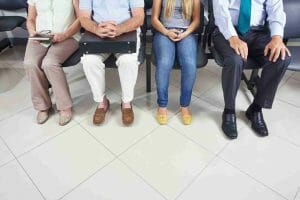 Seven tips to help you survive the MA35 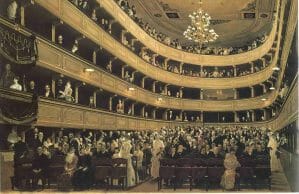 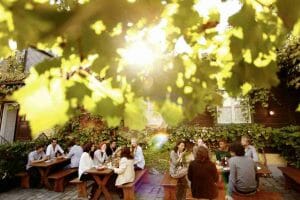