Vienna has a glamorous, fun-filled solution to its cold, grey winters: the ball season!

December skies weigh heavily in Vienna and are continuous reminders of the months of gloomy climate head. So, as autumn dulls into winter, the Viennese are prepared. Under ropes of light, Christmas markets throw open their shutters, as steaming mugs of Punsch and Glühwein create clusters of good humor and camaraderie. There seems to be music everywhere, indoors and out; theaters are full, and every night, someone somewhere seems to be throwing a party, climaxing in the glories of the New Year.

Now what? Nearly three more months of winter… But in Vienna, the silly season has just begun; Fasching brings parties, Krapfen and most importantly, der Wiener Ballsaison. Everyone – from bankers to coffee brewers, from scholars to chimney sweeps – dust off their finery and heads to a ball. Or two. Or three. Whatever the world’s troubles, they are set aside for these occasions, when, in time-honored Viennese tradition, it’s all about the illusion.

Getting ready for this special evening needs a few more hours than usual. Your hair needs to be brushed, plated and braided into an elegant collected do, the make-up has to be sparkling, brilliant and showy. The shimmering blue princess dress bought a few weeks ago, appropriately shortened by the seamstress so that the tips of your shoes are barely visible, has to be perfectly ironed.

Getting just the right outfit for a Viennese ball takes some effort – the balls have different themes and dress codes. Festivities are kicked off with the New Year’s Eve celebrations, including the Hofburg’s Silvesterball; waltzing is not confined to the hall, however, as thousands of people flood the inner city’s streets to dance at the stroke of midnight. Throughout the height of ball season in January and February are such wonderous events such as the Zuckerbäckerball (Confectioners’ Ball), the Wiener Philharmoniker Ball at the gilded Musikverein, or the glorious Opernball (Opera Ball) where Austria’s top politicians and celebrities can be spotted among the sparkling crowd. In order to blend into the whirl and glitter, adhering to the dress code is key.

You can save some money on this luxurious and magical experience by renting your ball attire and there are shops to fit every price range.

Women need floor-length ball gowns for most balls. A bit of advice: don’t wear tights and wear comfortable dancing shoes. The night is going to be very long and hot! Men need a tuxedo or a set of tails, which can be more expensive than a gown, but get a lot of use, and can also be rented for around €120. Shoes are not included but can be the most important part of an outfit as they will be the sine qua non for (at least) five hours, as you whirl off for a waltz or a polka and spend the night standing and chatting. The best way is to move to the location with warm comfy boots (the ball season happens during the coldest months of the year) and change them for dancing shoes.

First, you’ve got to choose from around 450 balls featuring over 2,000 hours of live music in some of the most charming palaces in Vienna. Many of the balls are at the Hofburg, the Rathaus, but events at theaters and famed concert halls are also abundant; by attending the Bonbon Ball at the Wiener Konzerthaus, or the Techniker Cercle at the Musikverein, you share for a night the transformation of the concert hall parquet into a dance floor.

Doors usually open at 8 pm for a formal opening at 9 pm, when the young debutants in long white gowns enter on the arms of their escorts in white tie and tails. There’s a well-rehearsed quadrille and the first Wienerwalzer, the Viennese waltz: joined hands outstretched, they arch slightly back in sweeping turns, and their heads dip in unison. Most of the time there are some variations with Latin dance shows or opera singers, but as soon as the night’s speaker says “und jetzt alles Walzer!” (and now all waltz), guests melt into an evening of dancing and conversation.

As not everyone is born with the sense of rhythm in their veins, Vienna offers some quick courses to learn the basic steps of the waltz – or, for the more ambitious, three-month courses in all the dances – so that on the night, you can step out onto the dance floor with confidence. You’ll be galavanting alongside the newest generation of Austrian ladies and gentlemen, who are educated at one of Vienna’s dance schools, like the famed Elmayer.

Every ball is hosted by and for a professional group or association – although anyone can buy a ticket and attend – starting from university balls for WU, TU and BOKU students, to the Ball of the Doctors (Ärzteball), to many charities and social causes. Be sure to buy your ticket in advance and be aware that a regular ticket means you quite literally may be on your feet the whole night. Reserving a table costs more, and, depending on location, can be quite expensive. Drinks and food are offered, almost always pay as you go. Ball tickets themselves vary widely, from moderately priced (€80 to €120) to very expensive (the most expensive lounge for the Opera ball costs €23,600). If you’re a student, tickets are usually €30/40, and debutants and escorts usually attend for free.

Going to a ball is an experience you should do at least once in your life. A ball is not even just about dancing; many people go to drink sparkling wine and chat with friends and acquaintances, old and new, about politics, the future, the past, and – typically for the Viennese – to complain about something. It’s like stepping into a time machine to a different era, feeling fabulous in a dress you’ll never wear a second time. But, let’s be honest: It’s exhausting. You normally arrive at a ball at around 8 pm and rarely leave before 3 am (to make the most of your ticket), not to mention the hours needed to glam up. You stand, move, drink, dance, chat, and stand some more (hence the comfortable shoes) and at the end, you’ll need a 4 am Würstel and a couch day to follow.

Nevertheless, these events are the essence of this city (or perhaps it’s the other way around; it’s the Viennese essence that makes ball season so special). Even if you think you hate to dance and figure you’ll stand at the bar for hours drinking Sekt and eating Schnitzel, you’ll have to take part in the Quadrille français, traditionally performed at every ball at midnight. This is a formal line dance in pairs (if your date is too cowardly, you can often find a partner at the last minute on the dance floor!) in groups of four. Although you can study up with a helpful performance video from the Elmayer Tanzschule, subtitled with steps and directions, a quadrille may be hard to prep for.

But fear not, many of the best dancers of the city don’t have this down perfectly. None of which seems to matter as the caller is there to shout out the steps – le Compliment, the Traversé, Tour de mainor, Chaine des Dames – assisting you through the maneuvers, warning which way to turn next and how the gents should guide the ladies through the space.

Perhaps it’s the fault of the caller – a job calling for a drill sergeant steeped in chaos theory! However practiced, it can’t be easy managing a dance floor floating on the bubbles of Hochriegel or Schlumberger. Swept up in it all, people can’t keep from laughing as they step up to bow in the wrong direction, reach for the wrong partner or bump into the couple behind, as all the while, the music gets faster and faster. The final dance is always a polka quickly mounting into a high-risk traveling step, affectionately called der Gallop, sliding around the hall at breakneck speed until the caller shouts Richtungswechsel (change directions!) and you screech to a halt hoping not to end up on the floor. Until you somehow fall into a line, sashaying on under an arbor of people stretching their arms in a canopy above you.

So going to a ball can be expensive, exhausting, even dangerous (the polka has been known to leave people black and blue)… but hey! Complaining in Vienna is right! Is there any other city in the world that has complaining rights for the morning after a ball, after all those golden salons and glittering chandeliers that have transformed guests for a night into the royalty of taffeta and white tie?

Is there any other city where bars offer (as a special Service zur Ball-Saison) the ultimate “Kater-Killer,” i.e. the hair of the dog? At the famed Loos Bar, it’s an “Oyster-Mary” – a Bloody Mary glorified with horseradish cream and oyster sauce, served with a side of quail eggs and caviar. In ball season, only the best will do.

Looking for more details about individual balls? We’ve got you covered.

Not sure which to attend? Take our quiz! 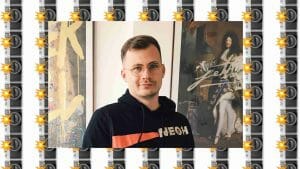 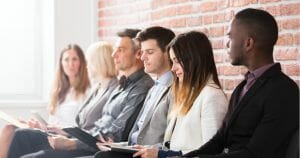